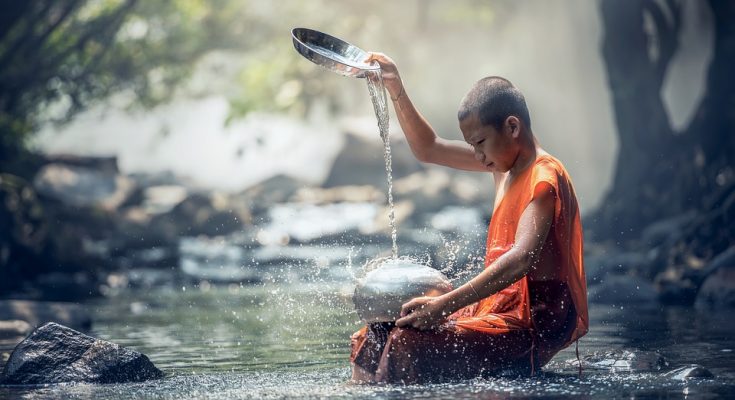 Water has existed since before the appearance of human beings, but with their presence, water has changed its course, has been used in many economic, recreational and political activities, and has been the subject of administration, regulation, control and surveillance.

Thus, when we talk about water, the least we talk about is the physical liquid, its own nature, but we only approach it as an abstract element, as a legal, economic or political control good, subject to the ups and downs of the human perspective, that is, from an anthropocentric point of view.

Since ancient times it was said that it is the beginning of all things. And Thales of Miletus was the first Greek philosopher to propose the ultimate nature of the world, conceived on the basis of a first and last element: water. For this philosopher, water is the beginning of all things that exist. Water is the origin that began the universe, an idea that the Greeks called arche.

In contemporary times, water is a matter of conflict, due to its scarcity, but for a little more than a decade, it has been the subject of discussion, of lawsuits over territories and disputes, of discrepancies and, above all, of economic interests. For this reason, the international sphere has insisted on adopting privatizing models, but in Mexico, since that world meeting on water in 2004, the principle of free water was ratified, that is to say, water is not sold, the only thing that is charged for is the service. But also in Mexico, according to its general constitution, water is the property of the nation, which means that it belongs to all Mexicans, although its administration is proposed to be exercised by the federation and, consequently, with an approach of distribution of competences, not only referring to the powers, but also to its ownership, having national waters and state waters.

And we would also say that a scheme or system has been deployed that contemplates the figure of concession, so that individuals can take advantage of its use according to this allocation, which every day becomes more complex to decide whether or not you can take advantage of it, which is based on the physical availability and without legal restrictions, which in turn has led to corruption, as recently became known about the dismissal of 150 officials of the National Water Commission, just for discretionary practices and obtaining economic benefits by granting authorizations.

And now, in the draft Water Law for the state of Queretaro, which is a little late, something fundamental is omitted, when defining water, which has to do with the provisions of the Political Constitution of the United Mexican States, that water is originally the property of the Nation, although it has a scheme of distribution, concessions and administration that includes the municipal government.

On the other hand, if water is the origin and condition (of life), why does the proposed Law forget to consider that part of the existing volume and uses, which has to do with the sustenance of nature? What is known today as the environmental flow, which must be conserved to guarantee ecological processes, ecosystem services, and ultimately biodiversity, an aspect that the current National Water Law already contemplates.

This is important because the management of environmental flows is one of the core issues of Water and Nature. Environmental flow is the water regime that occurs in a river, wetland or coastal zone to maintain ecosystems and their benefits where there are competing uses of water and where flows are regulated. Environmental flows contribute decisively to river health, economic development, and poverty alleviation.

To this extent, in arriving at an environmental flow, a wide range of outcomes must be weighed, from environmental protection to urban, industrial and human needs.

Environmental flows are best determined within the context of broader assessment frameworks that contribute to river basin planning. These frameworks are part of Integrated Water Resources Management, which should also be considered in the draft law. But in Mexico there is already a Standard Nmx-Aa-159-Scfi-2012 that Establishes the Procedure for the Determination of the Ecological Flow in Hydrological Basins.

Consider that there is currently a national and state problem related to the decrease of water in watercourses, derived from the competition between uses and the lack of regulation according to the availability of the resource, as for example, the demand for water in sites upstream of the hydrological basins does not consider the conservation of runoff to the lower parts, as well as in the case of groundwater does not consider the discharge of the aquifer to surface water bodies. In the absence of specific regulations regarding ecological flow, concessions and allocations, as well as discharge permits, have not fully considered the need to establish a flow regime, which is of great importance for the preservation of river, lake, lagoon and estuarine ecosystems. 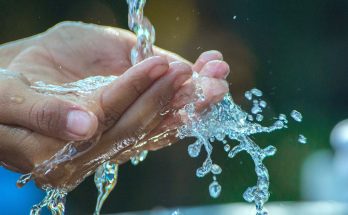 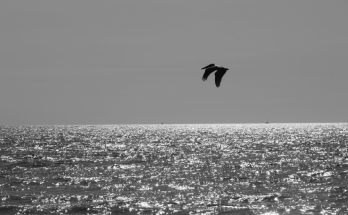 More About The Vital Liquid of Life