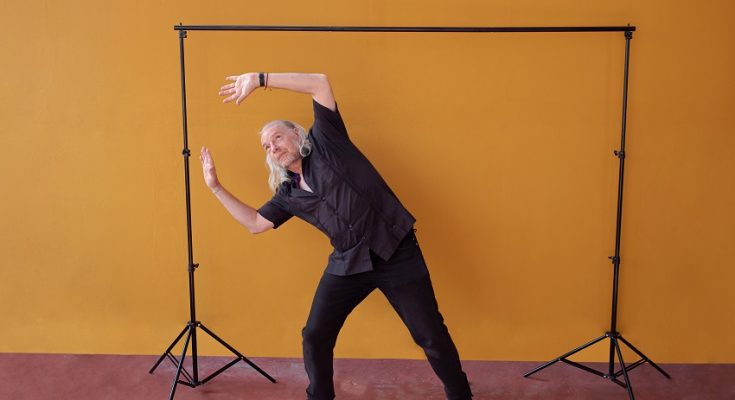 The famous photographer of the Nobel prize winners, who managed to catch images of Ida Vitale, Margaret Atwood, Salman Rushdie and Jorge Luis Borges, presents at the Hay Festival Querétaro 2022

One of the most distinguished participants in the fourth Hay Querétaro International Festival held in the city of Querétaro was Daniel Mordzinski. He is the photographer who has photographed dozens of the most outstanding writers and intellectuals in the world. In his artistic career, he has developed international literary festivals such as Hay, named for the city of the same name in the United Kingdom, and which is celebrated in several countries in Europe, America, and now in Mexico.

His mythical portrait of Jorge Luis Borges, recognized around the world, is representative of his artistry. Mordzinski has received awards for his work including an unforgettable photo of the great Gabriel García Márquez in profile. The writer is looking into the distance under a light, as if looking toward his fictional creation, the town of Macondo. Beneath the impeccable linen jacket, the color of his shirt reminds us of yellow butterflies, as if sprouting from his chest. Mordzinski’s lens has also captured the faces of celebrities like Nigeria’s Nobel Prize winner for literature, Wole Soyinka. Others include Jarvis Cocker, Margo Glantz, and Gonzalo Celorio. At Atención we had the opportunity to interview him.

CR: You have been photographing writers for 44 years. How did it all start?

DM: In my head and in my heart of a 15-year-old teenager, there was a dream made of books, photographs, and movies. It was Nélida Pfister, a literature teacher at Colegio Nacional 17, who taught literature and film courses, who taught me that looking rhymes with loving. My other teachers were directors and writers. They gave me the clue that there is a way to fix the gaze until you create a story. Now I try to tell it by generating a story in a rectangular space—it doesn’t matter if it’s paper or a computer screen; with the help of what the writer projects to the reader, it gives a thousand narrative possibilities.

CR: Borges was the first writer you photographed. Do you remember what he said to you?

DM: It was in 1978 at the National Library in Buenos Aires, I was 18 years old, the same years that Borges had directed the Library. I approached the blind poet, introduced myself and told him that some of his stories had fascinated me. “What did you like about my stories, Daniel?” I tried to get by with some clumsy phrases, which, to my great surprise, Borges welcomed. Suddenly, he made me feel that I was the scholar. Of the many things I learned that day, I captured the humility that is an important trait of the artist. Finally, I asked permission to take some photos, and with the old Nikormat that my father lent me on important occasions, I took my first portrait of a writer. The letter Aleph from my literary world map. But if Jorge Luis Borges was the first writer I photographed, it was the footsteps of Julio Cortázar that took me from Buenos Aires to Paris in 1978. The great Cronopio taught me a certain way of being, and inhabiting literature, and his playful way of telling inspired my photographs and my life. Hopscotch was and still is much more than a book.

CR: What is one thing you would never do in photography?

DM: Betray the one portrayed. Use a weakness to draw blood, or mockery, or profit. There is an unspoken code of trust that I will never betray.

CR: What is the portrait of a writer that another photographer did, that you would have liked to do?

DM: The one by Philippe Halsman of Nabokov, in shorts, chasing butterflies.

CR: Who would you have liked to photograph and couldn’t?

DM: Ugh, the list is endless: Jorge Ibargüengoitia, Manuel Scorza, Marta Traba, Ángel Rama…just to mention authors that I admire, that I would have been fascinated to meet and who were on the tragic flight of November 26, 1983.

DM: Hopefully it will be one that I do during the HAY Festival of Querétaro 2022.

CR: Which photographers do you admire?

DM: In order not to appear stingy in answers…I will mention Graciela Iturbide, Mariana Yampolsky, and Sara Faccio.

CR: Once at your house I witnessed a very moving scene. When you told your children that you had to go out and do a report, they replied: “you are going to draw the treasure map.” Did you tell them before that this was your job?

DM: I explained to them that my plan to photograph writers was like drawing a treasure map, because literature is our great wealth. In the absence of other luxuries, there is a good library at home and we are in the habit of reading, looking, touching the books, and commenting. My children have grown up with literary fiction as something familiar, close. And I like to think that the people who see my photographs better recognize and take better advantage of the collective treasure that our authors are.

CR: What festivals do you work at?

DM: There are many, let’s say that I only accept to work or participate in Festivals that have a soul, that pamper, and respect writers and the audience. That is why I have been a photographer for more than 15 years at the HAY Festival. I also love Central America Account very much. In the Portuguese city of Povoa de Varzim, every year I leave a little piece of my heart in Correntes d’Escritos.

DM: Great question. Lisbon, magnet and talisman of my life. City and port. Lisbon is Pessoa, Alberto Caeiro, Álvaro de Campos, Bernardo Soares, and Ricardo Reis; and it is also José Saramago and Eça de Queiróz. It is the Tagus, a river that makes me fall in love and traps me, it is the open city of hugs; beautiful, hospitable, talkative. Lisbon is a coastline of affections born in the heat of my friendship with the great Mexican writer Antonio Sarabia, who I recommend reading.

CR: A writer who has let you down or treated you poorly?

DM: Authors are always very respectful of my work. In more than four decades I have learned that a writer is one thing and what he writes is another, and also that there is no relationship between literary quality and fluidity in the portrait. And also, that there are good days and bad days, for the writers and for me. That said, the most sullen was that famous author, what was his name? I have it on the tip of my tongue, but today my memory is fatal, yes, I remember some of his novels and he is a great writer, I’ll remember…

DM: This year I exhibited in Lanzarote and in Lisbon, two exhibitions dedicated to José Saramago within the framework of the centenary of his birth. And from June to the end of September, I am exhibiting in Gijón one of the most important, most ambitious and complete exhibitions of my life. There are 450 photographs of dreams and illusions that x-ray my long love for the city: El Gijón de la Semana Negra, the Ibero-American Book Fair, and the Gijón of my brother Luis Sepúlveda, who lived and wrote there.

CR: Do you miss Luis Sepúlveda a lot?

DM: Terribly. There isn’t a day that I don’t think about him. I miss him so much. I have been his closest friend and fellow traveler on endless journeys over three decades. The void that has left us is enormous. I have often wondered how to portray what is no longer there and how art can help remember what is no longer there. That’s why I’m including an installation in the exhibition: a trunk of memories where I gather objects belonging to Luis and me. So, for example, my first camera, a Kodak Fiesta, starts chatting with his Sporting de Gijón card or with the plane ticket that took him from his hometown of Ovalle to Santiago. Another way of thinking about Luis was to work for two years on the book that Tusquets will publish in the coming months, “Hotel Chile,” a book that brings together unpublished texts by Luis Sepúlveda in dialogue with my images and my words. The book will also be released in France, Italy, Portugal, Greece, and Turkey.

CR: To finish, can you share with us a story, an anecdote with writers?

DM: Whoa! I have so many. On May 31, 2011, from the HAY Festival in Wales, I wrote a chronicle for the newspaper El País, a testimony about the reconciliation of two literary titans. The British V. S. Naipaul, Nobel Prize winner in 2001 for his fabulous narrative work about the colonial world, entered the guest room of the Hay Festival in Wales.  Perhaps he did not imagine that he would meet Paul Theroux, the great American novelist who has elevated travel literature to the highest category of culture. Old friends since they met in 1966 in Uganda and authors of a copious correspondence on the colonial world, Naipaul and Theroux are also famous for swearing «eternal hatred» for each other in 1996, when Theroux discovered that Naipaul had sold some of his books for US$1,500 that he had dedicated and given to him. Since then they had only exchanged slurs and insults. Theroux even signed a devastating biography, «The Shadow of Naipaul,» a fierce portrait of the Nobel Prize winner born in 1932 in Trinidad. Everything happened very fast and my camera was there. Naipaul burst into the place and there was a singular silence, made of rumors and shadows of disputes. There was ice and fire in the air…to break it, I suggested, «How about a picture together?» They looked at each other slowly and began to raise their right hands until they squeezed them, while smiling.

Click! A few months later I received an email from Paul Theroux, where he told me that thanks to my photograph he had reconciled with Naipaul. 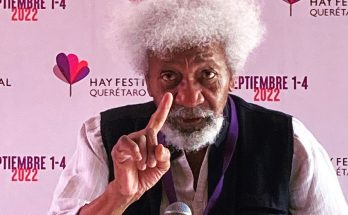 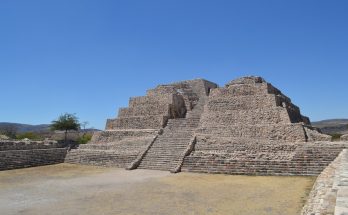 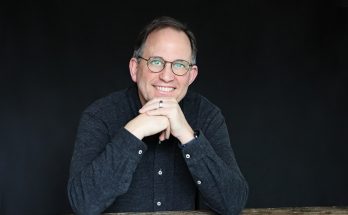