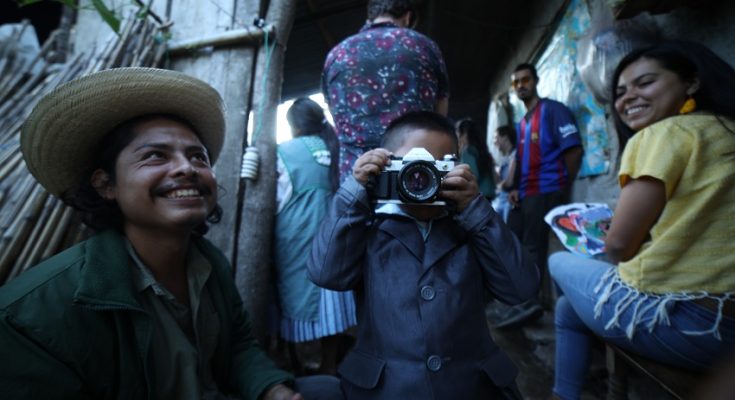 The colonialist vision that has been the de facto driver of progress has been dismantling life for centuries. In its current, neoliberal form, it has exploited natural resources like never before. We need to reverse that trend; it is an emergency in Mexico, and the world.

I share here an interview with León Felipe Mendoza, anthropologist, audiovisual artist, and Minister of Education for Interculturality and Sustainability from the University of Veracruz. He is the founding member of Espora Media which works toward benefiting communities of the river basin in Jalcomulco, Veracruz. He will soon be presenting in San Miguel de Allende FICCTERRA (Itinerant Earth Community Film Festival).

BM: What is the main focus of what you do?

LFM: We are living in an extremely critical moment as human beings. The imbalance that is causing the erosion of ecosystems, excessive pollution, and excessive exploitation of nature put the chances of life for human beings and many species that inhabit the planet in a very compromising situation. We see rivers drying up and the forests disappearing. Social asymmetries are widening, and the virtualization of social relations segregates us. From our perspective, this situation has been fostered by a particular way of intervening and thinking about the world—typical of capitalist modernity, industrial development, and the colonialist rationality that sustains it under a single and exclusive truth. There are other ways of understanding and inhabiting the world. There are less destructive forms that coexist and resist rooted in identities and territories.

BM: What do you mean by “territory and identity?”

LFM: From a broad perspective, territory is an appropriate and meaningful space. It is the place where we are, where we were born, where we grew up, where we arrived, where we are going to die. It is the people, the parties, the food, the stories, the animals, the plants, the hills, the rivers, the milpa, the ancestral medicines, the family, the community. It is where we dream and act. It is where we transform what we are going to leave to those who will come. It is where our identity is built, where we live together with all the other beings that exist, where culture and life itself are cultivated. It is in territories where these different visions of the world confront themselves and coexist.

BM: How was Espora born—now transitioning to Espacios de Memoria y el Buen Vivir, A.C. and what do you do?

LFM: It is an audiovisual production collective, founded in 2012 by a group of anthropology and sociology students who began to record, denounce, and disseminate the political and social events around us. It was the result, at that time, of the structural reforms of Peña’s grandson. We work mainly in connection with different actors and organizations. The project has been going for 11 years, and we have been associated with social, artistic, and educational movements addressing the defense, care, and revaluation of the biocultural as well as issues of comprehensive education. One of the main axes of work is community or collaborative cinema. We carry out processes of co-creation, co-learning, and collective reflection based on audiovisual production workshops and the exhibition of films in non-conventional spaces. These workshops have been given in school contexts and in independent learning communities. The participants of the workshops appropriate the necessary tools to make documentary films from their own realities with which we seek to promote the conditions to engage in intercultural dialogue and contribute to the integral defense of the territory.

BM: Can you give us an example of the links that you mention?LFM: It is the relationship we have built with the people of Jalcomulco and with the organization Pueblos Unidos de la Cuenca La Antigua por los Ríos Libres (PUCARL). Also, with the “No to Dams” movement, through the “Cinema de la Cuenca” promoted by Espora since 2017 collaborating with the communities of the La Antigua basin generating reflections from cinema that allow strengthening identities and territorial ties. Part of the Cine de la Cuenca project are the workshops Cine del Río: Historias de Jalcomulco, which arose from the organization in defense of the Río de los Pescados. This was in response to the concern to remain vigilant and active in the defense of the territory. It came as a result of the threat in 2013 of the mega-hydroelectric project promoted by the state government and the Odebrecht company to build an aberrational dam killing the flow of the river and, with it, the identity and territory of communities in five municipalities. But with everyone’s collaboration in 2014 it was stopped. So far, 13 documentary short films have been made in Jalcomulco, Veracruz. Our social networks are @Espora Media and our website is www.esporamedia.com 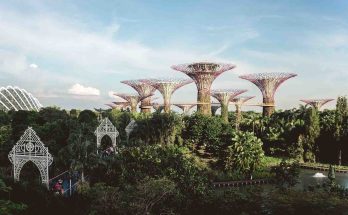 The Negative Impacts of Floods and Droughts on the Environment 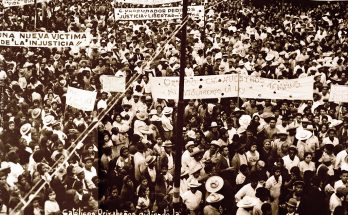 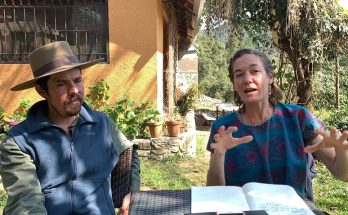