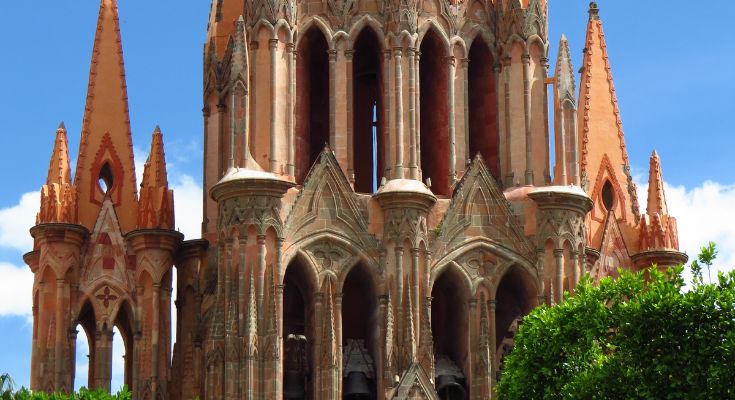 On July 9, 1564, Tata Vasco, bishop of Michoacán, ordered the erection of the first Parish of San Miguel Arcángel. Former city chronicler, Cornelio Lopez Espinoza, states that the first parish of San Miguel Arcángel was housed within the church of San Rafael, because the building which we know as the parish today, had not been built yet. San Rafael, or Santa Escuela, was therefore called the “old parish” or the “foundation church.” Thereafter, the Mission of San Miguel disappeared from the annals of the Franciscan order.

Fray Juan Ortega y Montañés, who was the bishop of Valladolid since 1682, eventually gave the order for the new parish to be built. In 1698 he donated one thousand pesos to the parish of San Miguel el Grande to continue the construction of the parish church. The money came from the sale of a farm, or from tithes.

According to art historian Dr. Mina Ramírez: “The building had a rectangular floor plan, like most of its contemporaries. It measured ten and a half yards wide by fifty-one long; its walls were made of stone, which they called «pelada.» It lacked buttresses, so in the 17th century it was reinforced with flying buttresses to prevent it from collapsing. The roof was made of wood, it must have had a splendid coffered ceiling in the Mudejar style, like many that were in the churches of that bishopric.”

With time the roof was badly damaged, as were other parts of the structure and needed to be replaced. However, there was the desire to transform the original building with another, better in appearance which would satisfy the aspirations of the clergy and the elite. Both of these classes had the economic wherewithal to be able to take on such an undertaking.

In 1690, the priest Francisco de la Fuente Arámburo, and the chief justice Pedro Morillo Velarde, declared that the building, in which the parish of San Miguel was located, was in a ruins. They claimed that one ninths of the tithe had been dedicated to the building since erection, and in perpetuity. The  Viceroy Conde de Galve approved the use of the money for this purpose as these were the amounts that would be required. Upon this approval, the project of reconstruction of the church was begun.

The architect designated to do the work was master builder Marcos Antonio Sobrarías, a resident of Mexico City. He, and another master-builder from the capital arrived in San Miguel el Grande to examine and assess the state of the church. They had to decide whether it was sufficient to do repairs, or if it was in such a state of deterioration, that a new building would have to be erected in its place. After his inspection, Sobrarias rendered his opinion, stating “that no one should enter the church, so that some misfortune does not happen. The plant has to be expanded, and cruisers [must be] added with the good stone available in town.” Having made an assessment of all the materials needed, Sobrarías estimated that approximately 58 thousand pesos would be needed to complete the work. This amount did not take into account what the adornment of covers or cornices might cost.

Marcos Antonio Sobrarías was born around 1646. By 1682 he had made himself known and was regarded as an accomplished architect. There was much news regarding his professional performance as overseer of his guild. From that date on, he had several projects and received awards for houses and convents in Mexico City.

Regarding the project or reconstructing the parish of San Miguel Arcangel, Sobrarias says: “The viceroy gave his order on the following July 15 so that I was in charge of executing the work, according to the plans indicated in my first visit to the town. I am assigned a salary of 1,460 pesos a year, in addition to 300 that I will receive for the time I will invest in my trip to San Miguel, and for the layout that I gave for the new work.”

For two years, Sobrarías worked on the construction of the church. In September of 1692 he wrote to the viceroy that the church was almost completed, including the cornice, the main arch, and the vault of the choir in the baptistery. But with all that work done, he was owed a great deal of money that had not been paid to him. He stated: «The work is over. They still owe me money.”

He continued his demands for his salary in 1696, 1697 and still in 1698, when he was compelled to return to San Miguel to continue the work. Then the viceroy appointed a new architect, Juan Antonio de Guzmán, and Sobrarías returned to the capital. In Mexico City, together with other architects, he worked on the metropolitan cathedral. He was also involved in the rebuilding of the royal palace, where he collaborated on the design of the floor plans in 1709.

In San Miguel el Grande in 1705, Juan de Vargas, a priest, promised to bring in a certain amount of tezontle stones—volcanic rocks—at his own expense. These were to be used to create vaults, put bases for towers and for statues of saints in the portal. A year later, one tower was finished and the others were still under construction. For the decoration of these, glazed clay pyramids were commissioned from master potter Diego García.

Given this information, I dare to venture a hypothesis that the change in architects could have been the reason for the deterioration of the towers. The salary of the new architect and his assistants was notoriously lower, and they were the ones who completed the facade in 1709. The priest José María Correa wrote in his diary that the parish tower was “under threat of ruin.” The state of the west tower was in such bad shape that they were forced to remove the bells. The façade was cracked from top to bottom, from the choir vault to the closures on the main door.

Regarding the parish of San Miguel Arcangel, Mina Ramirez says: «It is truly a pity that all those who know this church only remember the pseudo-Gothic facade that came to occupy the simple monument of eighteenth-century art.» 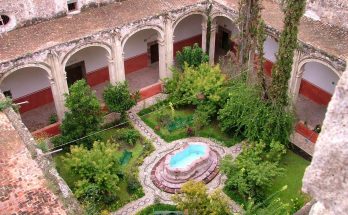 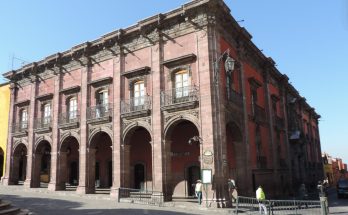 Fourteen Years as a Cultural Heritage of Humanity 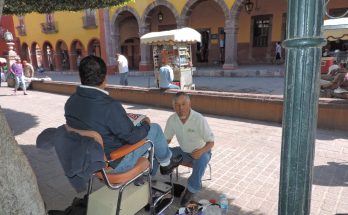