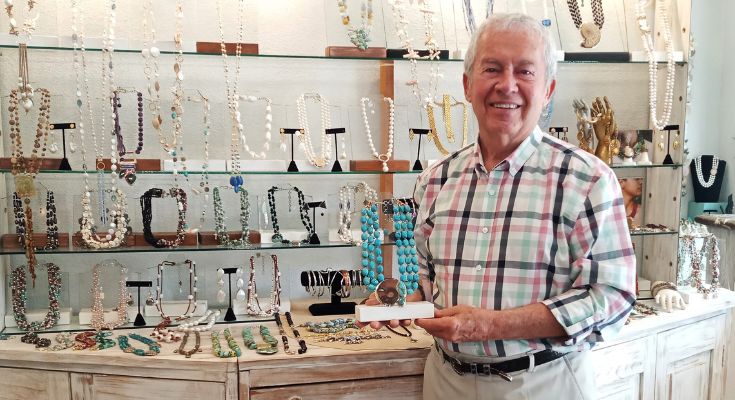 After graduating from high school, Bill Harris enrolled at the Gemology Institute of America in Los Angeles, and became a licensed gemologist. A gemologist studies stones of all sorts, learns how to recognize them, including precious gems which are graded according to quality, and receives training in jewelry design.

In the 1970s and early 80s Bill was spending time between residences in Kansas City, Missouri, and Santa Fe, New Mexico. During those years, he worked for the Wheelwright Museum of Native Art in Santa Fe, and had started collecting Native American art. He returned to his training as a gemologist, when he began working for a fine jewelry store, where he was in charge of the sales team, and purchasing stones.

In 1997, Bill and his life-partner, Howard Haynes, settled in San Miguel de Allende. A friend had a clothing store in town, and she was interested in having personal ornaments to sell with the clothes. It was a great opportunity for Bill; he built a studio and began creating his unique designs. A few years later he became acquainted with a young man, Luis Pantoja, who had grown up in San Miguel. Very soon after meeting Luis, both Bill and Howard realized that he was an incredibly talented, multi-faceted artist. Luis began creating designs for the jewelry and eventually became Bill’s partner in the business. Bill’s respect and admiration for Luis is quite evident; he thinks of him as a great artist, far beyond personal ornament design.

Their business is called Piedras—Stones, and Bill has the studio and showroom in their home in Atascadero. Bill and Luis are business partners, and the primary designers. They also have silver/gold smiths, and stonecutters who follow their direction in creating any given piece. Carmen Pantoja, Luis’s sister, has been working with them as part of the team for almost eighteen years. She puts together many pieces, adding her own artistic flair.

How would one characterize the jewelry of Piedras? It is, first of all, colorful because the stones are the focus; the silver or gold is only there to bind the piece together. Second, the pieces are truly eclectic and mostly asymmetrical. But most of all, each piece is unique because each is lovingly designed and executed, to the highest standard of excellence. A piece of jewelry begins with an image—Bill, for example, is fond of dragonflies. One large piece had been shaped as a dragonfly in silver, then encrusted with blue, semi-precious stones. A beautiful pin that could adorn a dress, or it could be a small piece on display in an objet d’art collection.

Piedras’ jewelry covers the range from precious gemstones—such as rubies, emeralds, and sapphires, to some other, amazing materials. Some pieces incorporate Mexican jasper, agate, amber (the best and most famous comes from Chiapas). There are also strings of freshwater, cultured pearls as well as some irregular ones, called baroque pearls. But their necklaces are not simply a string of gems, each necklace has a unique feature incorporated into the design: a cameo, one or more larger, showy stones, shells, vintage material, or any other object that makes that piece lovely and unique.

Another material Bill likes to use is Venetian glass called millefiori, “a thousand flowers,” in Italian. This magical glass art is made by melting glass in different colors and using molds to create beads. Millefiori goes back to ancient Egypt and Rome, and has been found in archeological sites. Murano glass artisans perfected these alluring, multi-colored beads in the 19th century, and continue the tradition to this day. Bill has acquired many such vintage beads and has crafted bright-colored pieces with them.

Luis Pantoja launched his own jewelry line, available through Piedras. He uses saint medallions, and milagros, which he crafts onto silver or gold, then attaches stones to enhance the piece. A cuff bracelet, about two inches wide, was made of silver with several medallions attached to the surface; many small, colorful stones were scattered throughout. I put it on; it had heft and substance, and it was absolutely charming. It would be a piece that would call attention to itself in any setting!

You can call Bill at 415 154 9193 to visit the studio. But simply browsing through the website is a treat, and you may purchase anything online: www.piedrassanmiguel.com The showroom is truly eye candy for anyone who loves jewelry—shelves upon shelves filled with gorgeous pieces, one more dazzling than the other. 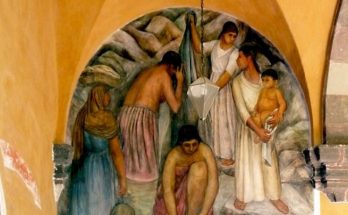 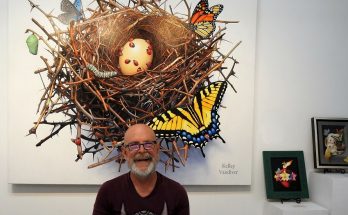 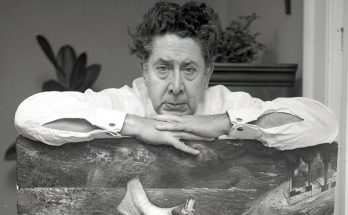 History of Art in SMA: Siqueiros, The Eternal Rebel