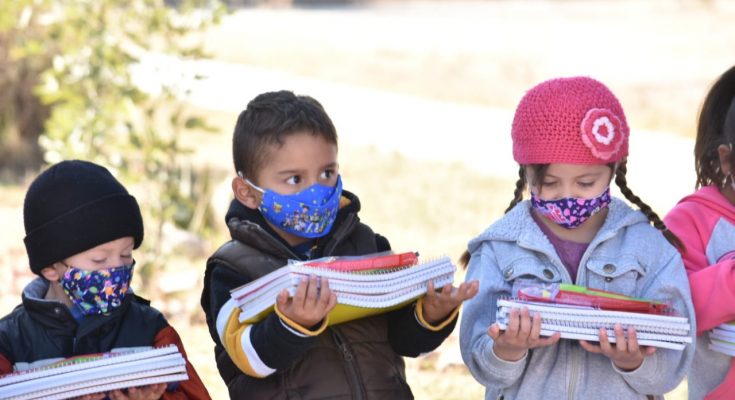 The Ministry of Education (SEG) announced that school activities would resume in person on January 10, 2022. However each locality may decide to postpone this return to classes, depending on the number of infections after the holidays.

Each institution will also determine which measures to implement, and these will be decided upon according to what is taking place on each campus. The state agency announced through an official statement that adjustment of activities will be assessed each week in the schools by both parents and teachers.

It is worth mentioning that San Miguel de Allende’s mostly tourist and visitor activity was reported at 99 percent according to hotel occupancy at the end of the year. At the same time, the weather conditions report low temperatures in the coming days, so the return to classes in person may be changing in the next two months.

According to the forecast of the Institute for Health Metrics and Evaluation (IHME) of the University of Washington, the arrival of the omicron variant in the state of Guanajuato could lead to more than a thousand deaths over the next three months.

The Ministry of Health has already reported 13,842 deaths from Covid 19, in Guanajuato. The latest status on the agency’s page of this agency from January 3 to 9, reported; 10 cases under investigation, 4,731 confirmed cases and 308 deaths in San Miguel de Allende.