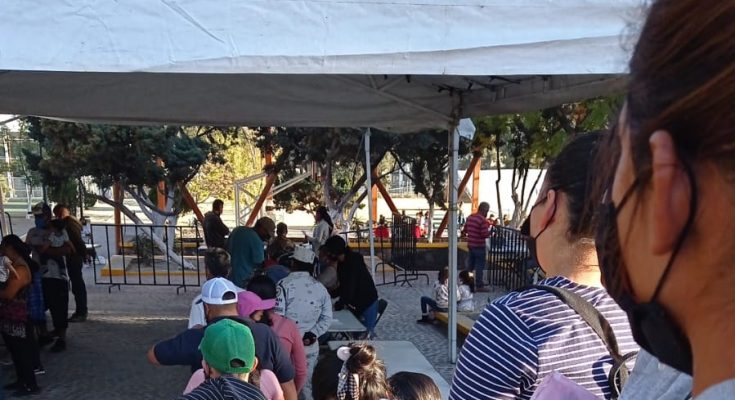 The Ministry of Health updated the first epidemiological traffic light of COVID-19 of 2022, which will be effective until Sunday, January 23, and where 19 states are identified in green and three in orange as part of “the fourth wave.”

One thing that is encouraging is that there will be no red-light state. The last time this color that means “maximum risk of contagion” appeared in mid-2021 was during the third wave of infections. However, Mexico begins the year by returning to the color orange announcing a high risk of contagion in three of the 32 states: Baja California Sur, Chihuahua and Tamaulipas. It is worth mentioning that the last one that was like this was Baja California at the end of October, 2020.

However, Doctor Iván Bueno Ríos, general practitioner and resident of the Quality in Clinical Care specialty at the University of Guanajuato, emphasizes that “The incidence of daily cases means something else.”

New cases of Covid-19 total 30,671, as well as 202 deaths from the virus, breaking the historical streak that had existed since the start of the pandemic in 2019, which corresponds to 28,953 new cases on August 18, 2021, belonging to the third wave; followed by 22,339 cases on January 21, 2021, corresponding to the second wave. In Guanajuato, according to numbers from the state health secretary, on January 9, 2022, 814 new cases were reported, practically tripling the figures presented just a month ago with 296 new cases on December 9, 2021.

It is understood that the” green “traffic light (low risk) that remains in the states of Nuevo León, San Luis Potosí, Nayarit, Jalisco, Guanajuato, Querétaro, Hidalgo, Veracruz, Michoacán, State of Mexico, Mexico City, Tlaxcala, Puebla, Guerrero, Morelos, Oaxaca, Chiapas, Tabasco and Campeche is NOT a reason for relief or sufficient cause to lower our guard, despite being less critical than the alert colors in other states, since the “fourth wave” involves two new forms of COVID-19: the Omicron and Delta variants.

The four elements that are taken into account by the Secretary of Health to determine the color of the traffic light in each category are the percentage of occupied beds in intensive care, the percentage of positive cases of coronavirus, the existing trend of occupied beds and the trend of positive cases. That is, the expected behavior based on the current numbers, which is calculated by the National Council of Science and Technology (Conacyt).

The Ministry of Health reported that on Friday, January 7, there were 28,023 new infections and 168 deaths from the disease. According to the daily technical statement, as of today there are an estimated 119,368 active cases of the disease in the country, that is, patients who began to present symptoms in the last 14 days, from December 25, 2021, to January 7, 2022.

Regarding hospital availability, the average occupation of general beds in health centers is 19 percent, and 12 percent for intensive therapy beds, calculated at the national level.

Regarding the day of the National Vaccination Strategy against SARS-CoV-2, the agency announced that so far 82,220,553 people have received the complete dosage of the formulas Pfizer-BioNTech, AstraZeneca, Sputnik V, Janssen, Moderna, Sinovac and CanSino. This means that 88 percent of the population aged 18 years and older has received both doses.

Among the recommendations and points that are made to the population that we must take into account about these new variants of the COVID-19 virus, Doctor Bueno Ríos responds to the question, “What is important to know about this new wave?”

He states, “Well, first of all, it is still the same virus with which we have shared almost two years of our lives. The essential precautions are the same: use of face masks, ventilate closed spaces, avoid crowds, keep a healthy distance and wash hands. Also, it will be necessary to emphasize that this phase of the pandemic will be characterized by presenting mild symptoms of the disease, but with greater contagiousness, which means that any catarrhal manifestation, such as any cough, runny nose, and fatigue with or without fever will be COVID unless otherwise demonstrated. The foregoing will complicate diagnosing new cases given the nature of the population to deny a possible contagion of coronavirus. We will then have to be socially responsible to avoid contagion outbreaks within our family, work or friends.”

On his part, John Wesley Burke, the current commander of the corps of lifeguards, paramedics, and ambulances in the Red Cross Delegation in San Miguel de Allende indicates that “Although San Miguel de Allende is in Guanajuato, a state that remains until now at a green traffic light, we must remember that dozens or hundreds of visitors and tourists from all over the world arrive in the city every day, so we must be extremely careful and take our precautions when leaving home to carry out our daily activities. It is up to us to protect our families and guide others not to neglect the use of face masks, antibacterial gel, and to maintain social distance at all times.”

On the other hand, the vaccination days continue in all states of the country. Only this Thursday, January 6, 669,025 injections between second and third doses were administered to the population of different sectors (age ranges). Mexico City is the only entity that already has practically 100 percent of its population over 18 years of age with the complete vaccination scheme. Very close are Quintana Roo (99 percent), Querétaro (98 percent), and San Luis Potosí (95 percent). Meanwhile, Chiapas is the state with the lowest number, (69 percent), second from Oaxaca (74 percent) and Guerrero (74 percent); so it is expected that this year, with what we have learned about our behavior to avoid contagion, we will act in the most responsible and conscious way possible. 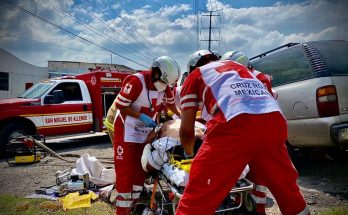