As soon as you walk in through the glass doors at Casa Nostra you are taken by the open spaces, and the fine art work throughout. Marco Franco Massarotti greets me with a bright smile visible in his eyes, in spite of the mask he is wearing. We go up to the open courtyard and he tells me his story about how he ended up here, in our town.

Marco was born in Basel, Switzerland to a French mother and an Italian father, surrounded by three languages and cultures from birth. As a young man, he went to Cambridge to study English with international students and met a Mexican young woman. They traveled throughout Mexico, spending time in Mexico City, Guadalajara, and other towns. They also visited San Miguel de Allende and he first was introduced to the Colonial city. That was in 1989.

Eventually Marco returned to Basel, got married, and has a son and daughter from that marriage. His daughter, Valerie, followed in her father’s footsteps—she is in the service sector, currently a captain in a restaurant in Basel. His son, on the other hand, is in pharmaceuticals. During his marriage he developed his career in finance, and worked for a Swiss bank for many years. He also traveled extensively throughout Europe as well as the Far East—Korea, Japan.

When the marriage ended, he reconnected with the Mexican woman he had met in Cambridge, so many years before. Together they came to New York, where Marco (on a student visa) found a program at a college in Bridgeport, Connecticut. He became deeply involved in Martial Arts, Asian Philosophy, and Psychology. All these took him further and further away from the world of banking. Then, on a visit to Queretaro, where her family lived, they made the decision to live there.

Aside from his interests in philosophy and psychology, Marco had always had a passion for cooking; introduced to it by both sets of grandparents very early. He recalls cooking in his grandparents’ kitchens, learning the basics from them when he was about ten years old. He also began collecting and learning about wines from the age of sixteen. For a short period he worked in a Michelin-rated restaurant and saw first-hand what constitutes fine dining. His dream was to make wine and food his life’s work, but without the right opportunity, he postponed it all concentrating on making money in banking instead. Once in Queretaro, however, he saw the possibility of making his dream a reality. From Queretaro he visited San Miguel frequently; it reminded him of Italy because of the colorful buildings and the clothes hanging to dry on the line. Today, it reminds him more of old SoHo—but the charm is still there. One day a lovely house on Terraplen went up for sale; it was owned by a couple who were forced to sell because they could no longer negotiate the many levels and stairs of the house. In 2017 Marco bought the property and made it both his home and a restaurant. When the couple that owned it returned for a visit, they were impressed at how “homey” the place felt. Even though it was now a business, the cozy, warm feeling was still there.

In 2018 Marco parted ways with his partner and shortly after, met Mariana—a woman from SMA who had lived in Poland for a number of years. She brings her international sensibility to match Marco’s, and she inspires and motivates him to create unique dishes. They live out in the campo, surrounded by nature, and he finds this environment refreshing and uses those days outside the city to tap into his creative culinary side. He has a group of friends who are his “guinea pigs” because he tests his dishes on them with private dinners at home before incorporating them on the menu of Casa Nostra. At his restaurant, Marco loves using local produce, as well as the artisanal dairy products produced in town.

He likes to maintain a traditional cuisine, harking back to the dishes he loved and learned how to cook as a boy. The innovations in the dishes are within those parameters, and always using fresh, local products. Marco’s philosophy of life is simple, and it’s reflected in the good food and great selection of wines at his restaurant: Cooking well, eating well, and drinking good wine. 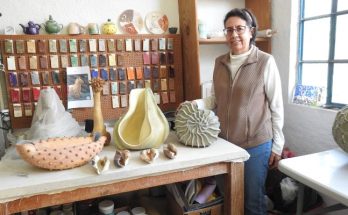 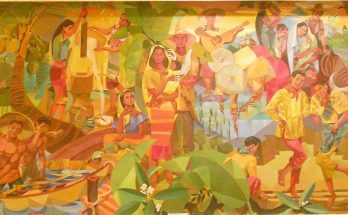 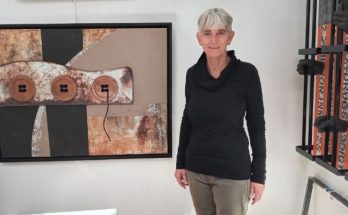